Next update!  Kylie and I have been doing some gaming and became members of the Kootenai County Saddle Club.  They have several playdays a year and it is fairly inexpensive to ride in.  We mainly do it for fun.  I have not ridden Koda in the actual play days but have taken him there for exposure.  Hoping to get some training going in the next few weeks and get him out there.

Kylie loves to game on Cedar.  They are teaching each other it is not always about speed but control.  It has been a great lesson for her and they did well last year.  I think this year they will be even better.

Other then that life is sort of a mess but working on getting it all together.  In the middle of a divorce after 19 years, not real messy but still a divorce.  I moved to Spokane but the horses are still at the house for now. That way Kylie and I can still ride and do that together.  She has one more year in school, then we will figure it out from there.  I am in a much better place in life then I was.  Attitude, stress, all of it is 100X better.  So we will go from here :)

Amazing how time flies by and you forget about things, like this blog.

Life has tremendously changed since the last time I was on here.  As for the horses, the fall of 2014 I unfortunately had to put Willow (who's hock exploded basically), and Autumn (pinched nerve in her back) down.  One of the worst days of my life.  In the mean time I had been trail riding Grace.  I was at my heaviest weight ever and I started having the chiropractor out for her and she was always out.  The combination of her lanky issues and my weight just did not mix.

Spring of 2015 I decided to sell Grace and bought Koda.  An 8 year old paint that I had loved for a very long time.  Long story short Grace did not work at her new home so she came back, for a time.  We will be working with Koda as we did not have a great year last year, but it can all be worked out.  The first ride on him he bucked, lol.  The first big trail ride he ran me over and stepped on my leg.  2015 was just not quite my year.  Grace is now in a new home over by Seattle as a lesson horse for little kids, great place for her.  Flat work and light riders.

In the mean time Kylie had taken a liking to my friend Sam's horse Cedar.  They connected so well that Cedar is now Kylie's horse. 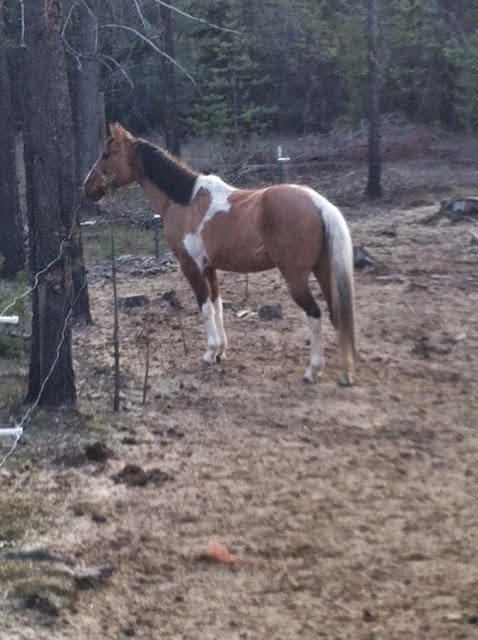 Here is a recent picture of Grace.  We started riding last year were out on the trail about a dozen times.  We were able to go on a trail ride on Sunday and she did great.  She is starting to test a little but nothing major.  I knew she was too easy last year!  She is looking at a moose across the road from our house.
Posted by Tina at 2:15 PM No comments:

Sure wish this weather would make up it's mind.  One week we get a foot of snow and freezing and then the next weekend the days are up in the 40's melting everything very fast.  These are the days I wish I didn't work.  I leave the house at 6:15 am and do not return until around 6 pm.  There are alot of things that can happen to the weather in that amount of time.  The problem is if I take their blankets off it could rain, if I leave them on it can get to hot.

Dwane started a job in Alaska so is gone for 3 weeks at a time.  When he is home for 3 weeks it is fine but when he is gone I am stuck.  Let's just hope the weather just gets nice as I am ready for Spring!!!!!

I think I completely forgot about this blog.  Things have been so busy with two teenage girls and horses!

Grace was started last year and was a breeze.  We will see once the weather is nicer how much she retained.  She is the best mannered calm horse I have ever owned.  She has grown so much, she is above 15 hands now.  This year I am going to focus on muscle, she really needs to beef up :)!

Kylie is now riding Cedar.  A little bay mare from Sam, she is awesome with Kylie.  For the first time she will go out to the pasture and get her own horse, saddles her own horse, picks her horses feet, etc.  Makes my life alot easier.  Kylie joined 4H for the first time.  I have never done 4H so we will see how it goes.  She really wants to go to horse camp and I think it will be good for her. 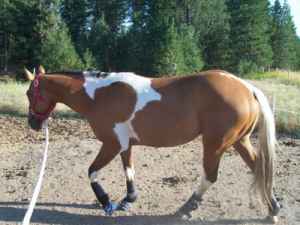 My dream color horse I guess you could say.  I would like to introduce Grace my new horse.  She is a 3 year old APHA filly that I look forward to training and hopefully barrel racing in a couple years.  I have always wanted a palamino, buckskin or dun paint colored horse and she is a cutie.  It was adventure picking her up as it was snowing and Sam's truck and trailer got stuck a few times due to the hill we were on but we made it home and we will see what the future will hold! 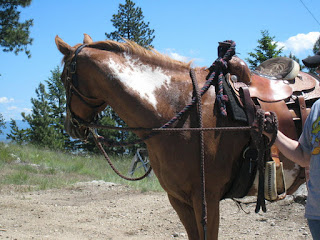 This isn't the best pictue but I think it shows how stout Willow has become.  If I had a pictue of her when I got her (really wish I did) she was a little thing with scars all over her lips and she did not like to be touched.  I may have written about this in the past but I didn't look.  Dwane actually got her for me for Mother's Day and she was my first horse in 10 years.  The first couple years I did alot of ground work with her, got her to wear a saddle when she was three did everything but step on her back.  You see I was a chicken then, I could not bring myself to throw my leg over the saddle.  In this time I had other horses also but never or hardly ever rode them.  I had Bandit who I could ride but he would get difficult and I wanted nothing to do with it.  There was Bell who was the same, I could make her go but it scared me senseless and it would take too long for me to climb back in the saddle.

Willow was slow at growing at 3 she was still very small. I at one time worried that she would ever be big enough for me to ride.  The spring she turned four it was like a bulldog exploded, she thickened up and got taller and looked great.  I decided that I would send her to a trainer friend of mine for her first thirty days.  We wheeled and dealed and did some trading and Willow went in the trailer to my friends.  When we got there he was like "Well what do we need to teach her, lounging? or what does she need?"  I told him to just be ridden she knew everything else.  I could see his hesitation so I took her out to the round pen and put her through her paces, then threw the saddle on her and off she went again.  He was very surprised, he took a turn with her in the round pen and she did great.  I left and the next day at work (my coworker was his girlfriend) told me after I left he hopped on her and rode her around in the round pen for 15 minutes that night.  For the next thirty days he rode her after a few they were out of the pen and in the pasture.  He had me come out and ride her and she did great.  Then I came and took her home.

I only rode maybe 4 or 5 times the rest of that year.  I would be all gung ho and go out and saddle her, if she made one move that I thought was bad or she was going to act out, I would have a panic attack and get off.  The next spring my friend Sam asked if I wanted to go on a ride at Farragut State park with her and we could take Willow. I had ridden her in the corral once so far this year.  I couldn't back down in front of Sam so said of course we will go.  Willow did awesome, couldn't even tell she had never been on a real trail ride.  That year was the start of me riding again (really riding).  We did a bunch of trail riding and even rode in a parade.  Kylie was coming along on Autumn (until the end of that summer when she ran off with her).  I had friends that were coming out all the time and riding with  me.  Last year we did quite a bit of riding not a ton but quite a bit.  Willow by now was an old pro and she really seems to like going out on the trail.

Now the story changes - this last spring I could tell she was off.  I couldn't for the life of me figure out where or why.  I took a video on my phone and had my friend look at it - yep she is off couldn't find any heat, nothing in her foot, I didn't see any swelling.  She had lost some weight that winter which is not like Willow at all so I decided to take her in and get her teeth done.  Walking from the trailer to the vet office the vet asked me if she had been off or sore.  I told him yeah I had noticed this spring that she was off, he pointed out that her hock was bigger then the other one.  He then did some flex tests and what not and told me she has some severe arthritis in her hock.  My options were to bute her before riding, inject her hock, or not ride.  We need to do xrays and I haven't gotten them done, I am afraid of what they may find.  We didn't ride alot this year a little bit but not near as much as the year before.  I took her on one trail ride and she was sore after we went up a hill for a while, so we will stick to flatter riding.  This next year I will get the xrays and we will go from there.....now my dilema Kylie and I started gaming this year, does this mean another horse and what kind?  Willow will forever be with me and was supposed to be my life long or thru the good years horse :( we would grow old trail riding together and we still will as long as she can it just may not be as long as I had thought...... 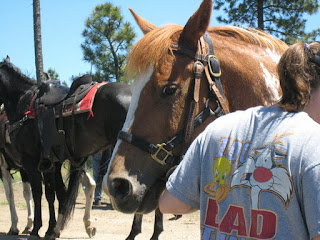 Tina
I have had horse almost all of my life and they are very important to me. I have 2 daughters that are the light of my life and want them to share in my enthusiasm for the horses. 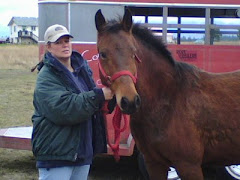 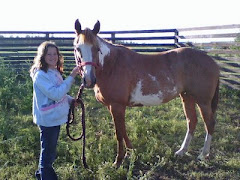 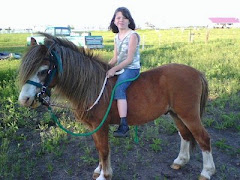